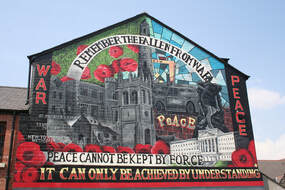 Images of past conflict and present peace, including Cuchulainn. 'Peace cannot be kept by force. It can only be achieved by understanding.' 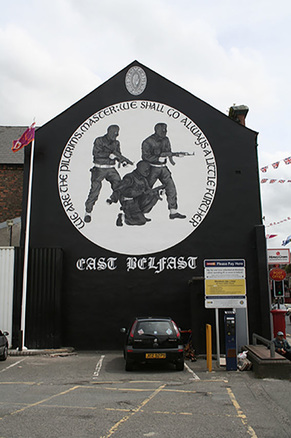 Members of the Ulster Volunteer Force in action, with slogan from the headquarters of the Special Air Services in Credenhill, Herefordshire, England. 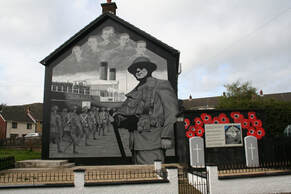 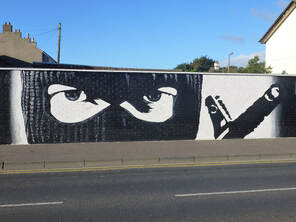 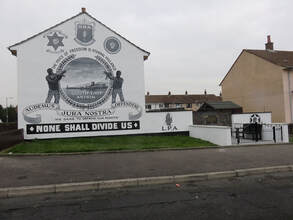 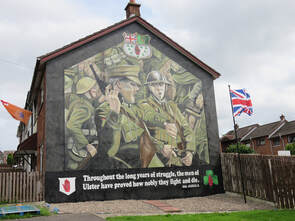 Depiction of soldiers from the 36th Ulster Division (formerly the Ulster Volunteer Force) during World War 1. 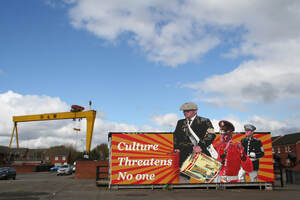 Depiction of loyalist bandsmen from different eras, with Harland and Wolff crane in the background. 'Culture threatens no one.' 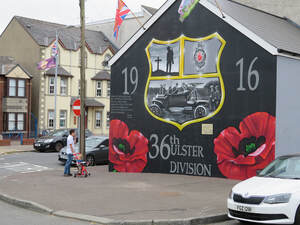 
Commemoration of the UVF Motor Car Corp, and words of Sir Wilfred Spencer. ‘I am not an Ulsterman but yesterday the 1st July as I followed their amazing attack I felt that I would rather be an Ulsterman than anything else in the world.’