In 2011 a revolution began in Cairo which led eventually to the overthrow of President Hosni Mubarak. Before that, security forces had killed demonstrators who gathered in large numbers in Tahrir Square in the centre of Cairo. As part of the protests, street artists began to paint on the walls of the adjacent Mohamed Mahmoud Street. The murals focused in particular on the actions of the security forces and the demonstrators who had been killed. There were also murals on wider rights questions, such as the rights of girls/women and of gays.

In 2013 Abdel Fattah El-Sisi, head of the armed forces, ousted democratically elected President Morsi of the Muslim Brotherhood, killing 800 of his supporters. El-Sisi eventually became President. His crackdown on the Muslim Brotherhood meant the suspension of many political and legal rights. He also oversaw the arrest of street artists and the erasure of many of the murals.


In 2013, just before the overthrow of Morsi, I was in Cairo for one day, returning from a visit to Gaza. I took the photos in Mohamed Mahmoud Street which appear below.
​ 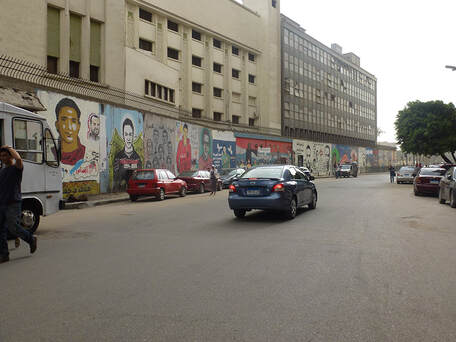 Many of the murals depicted those who had been killed or injured during the demonstrations. The dead were depicted as angels, complete with wings. Many of the injured were targeted by snipers and blinded in one or both eyes. 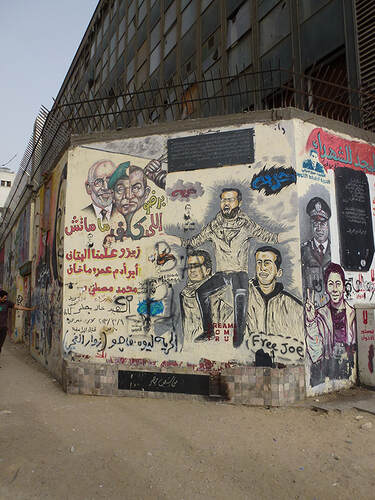 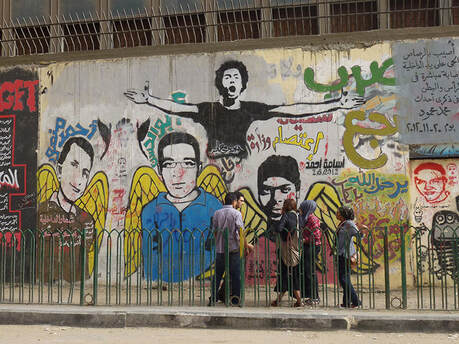 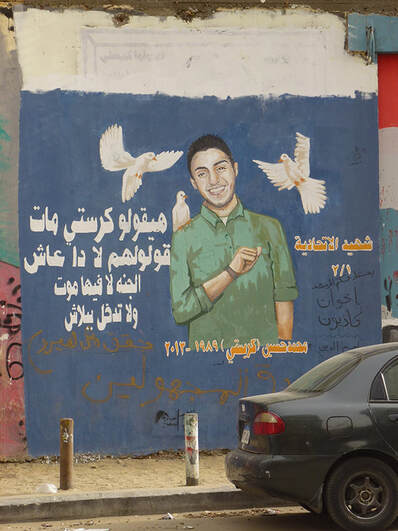 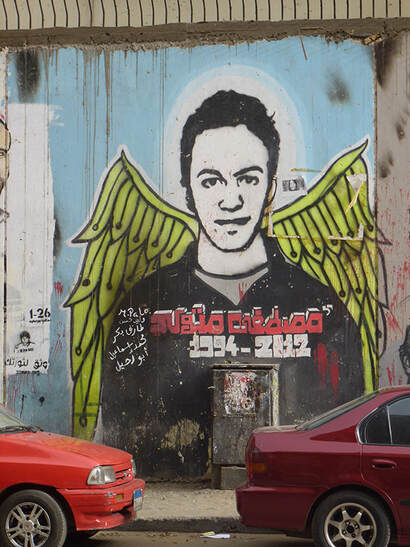 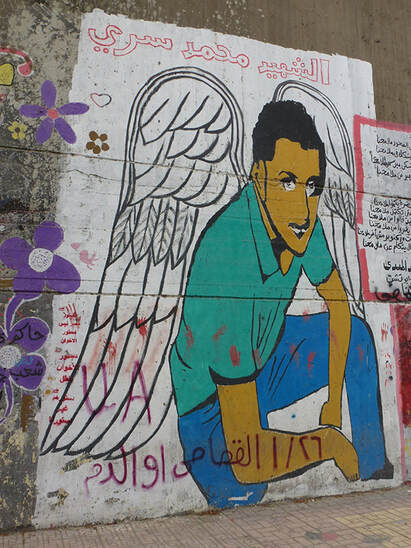 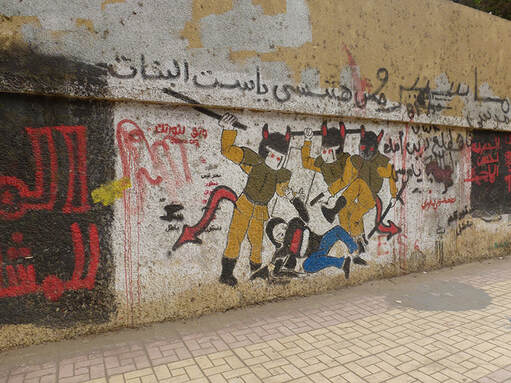 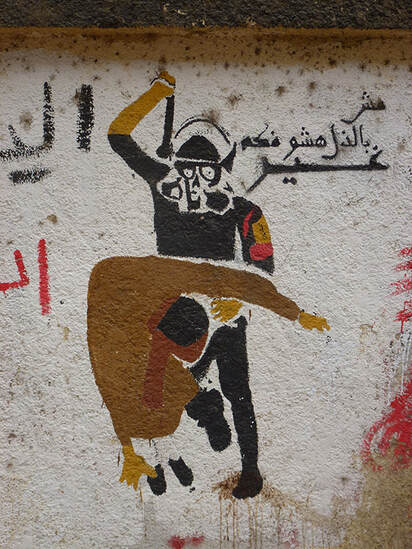 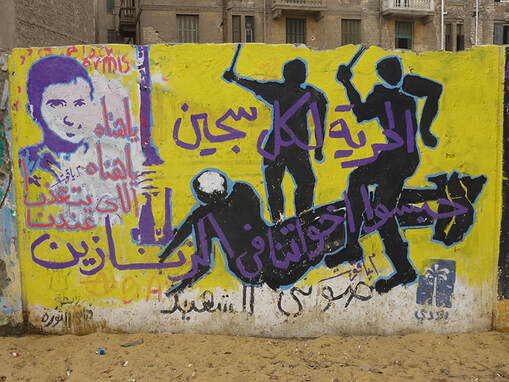 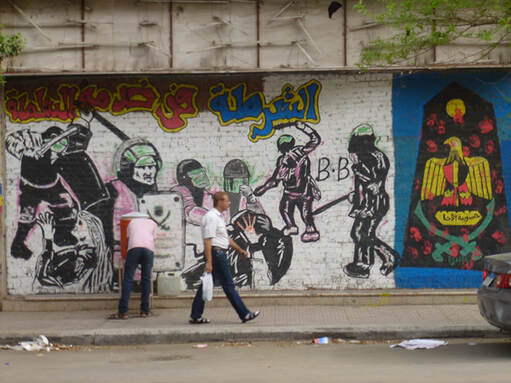 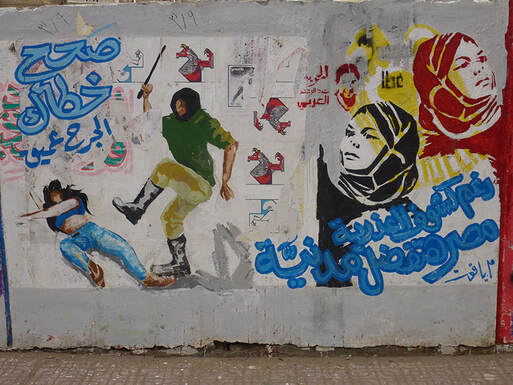 During the 2011 demonstrations at Tahrir Square police beat a young woman, pulling off her abaya which covered her body. She was photographed lying on the ground, her blue bra exposed. This became a powerful symbol for the demonstrators, with graffiti artists spraying stencils of a blue bra throughout the city.
​ 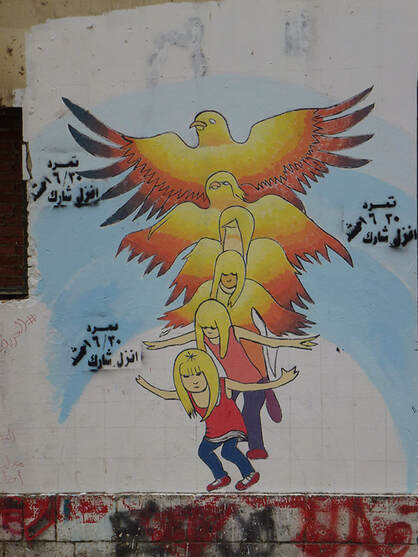 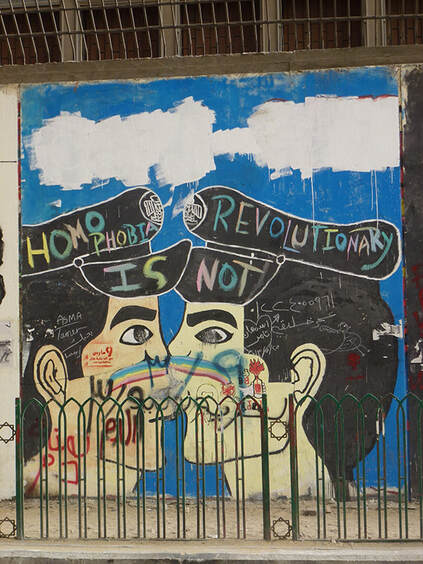