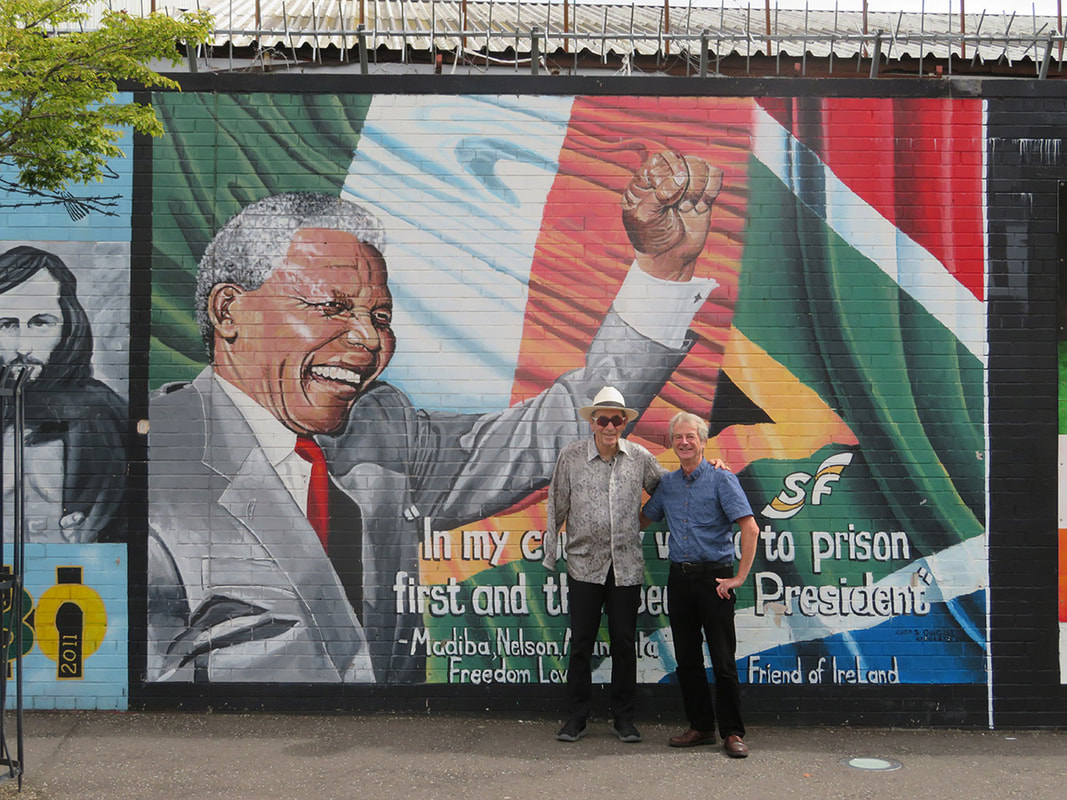 With Albie Sachs, ANC activist and former judge at the South African Constitutional Court, in front of mural of Nelson Mandela, Northumberland Street, 2018. 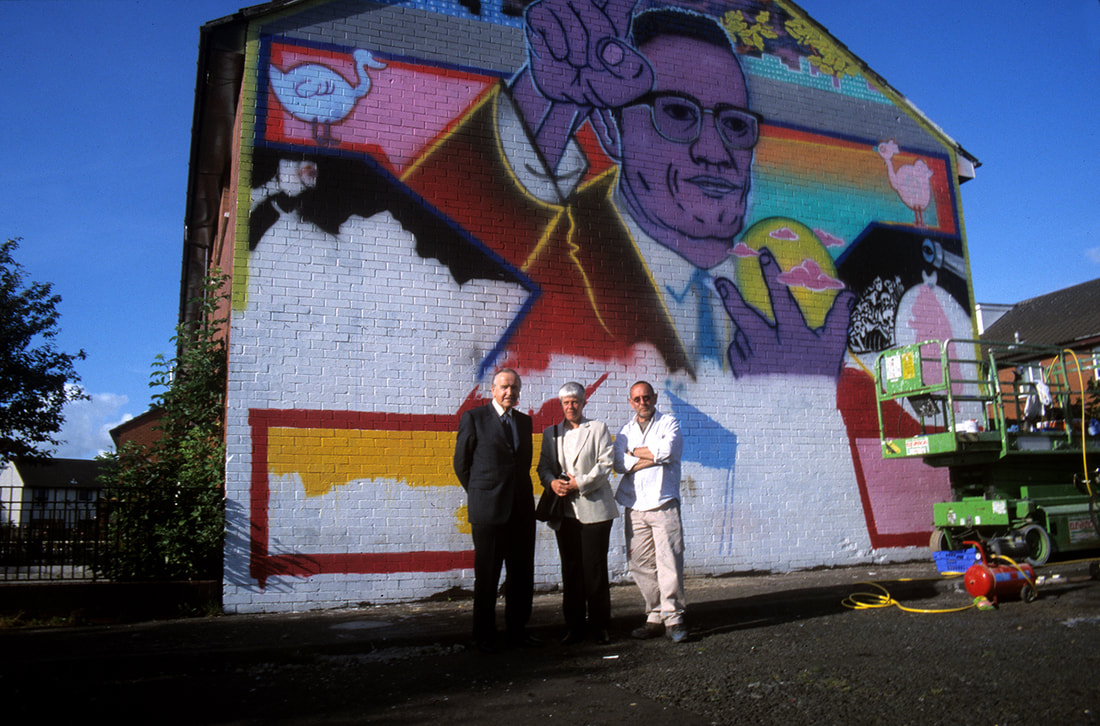 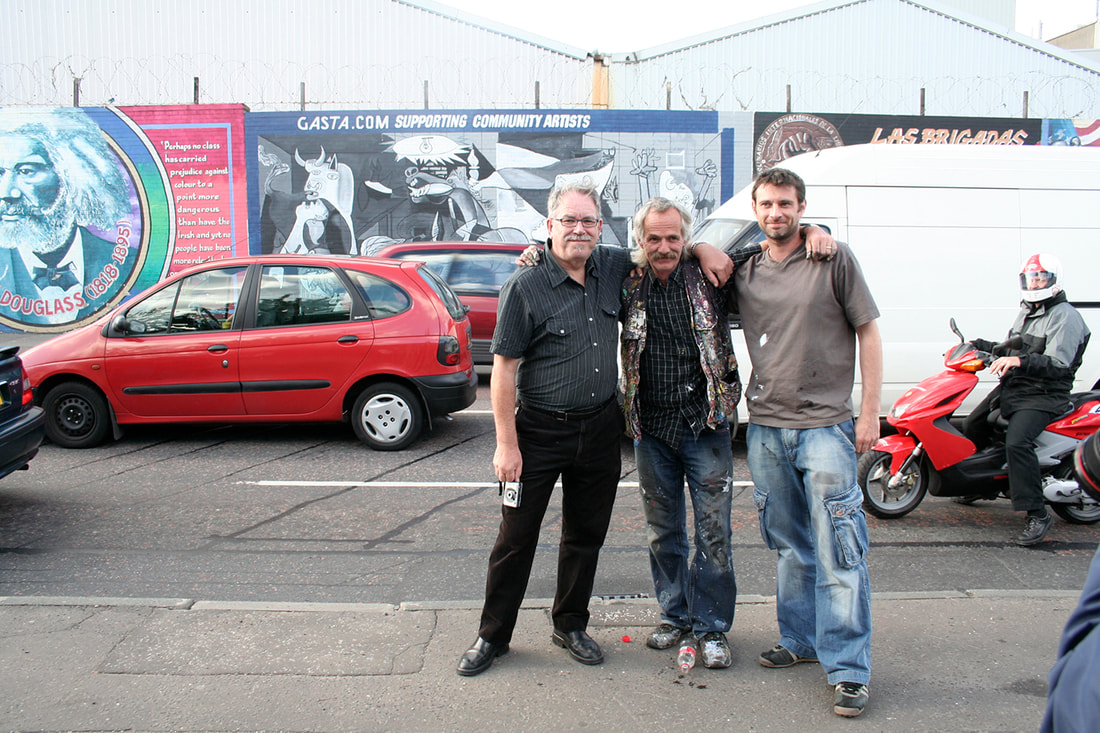 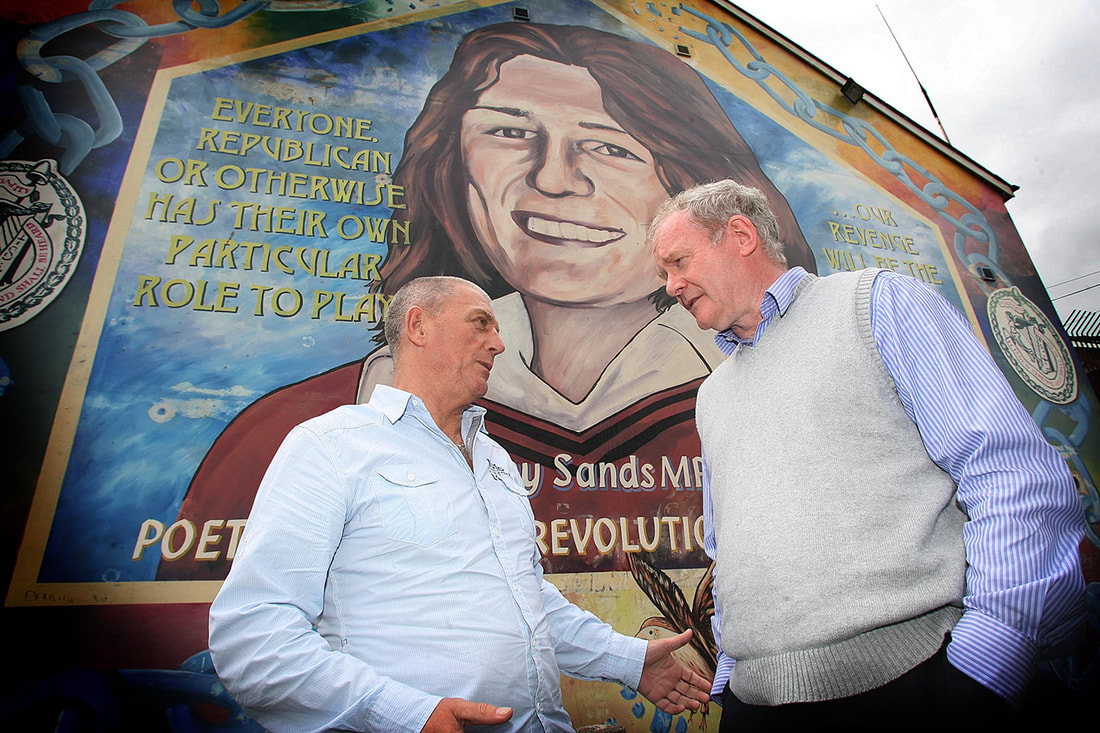 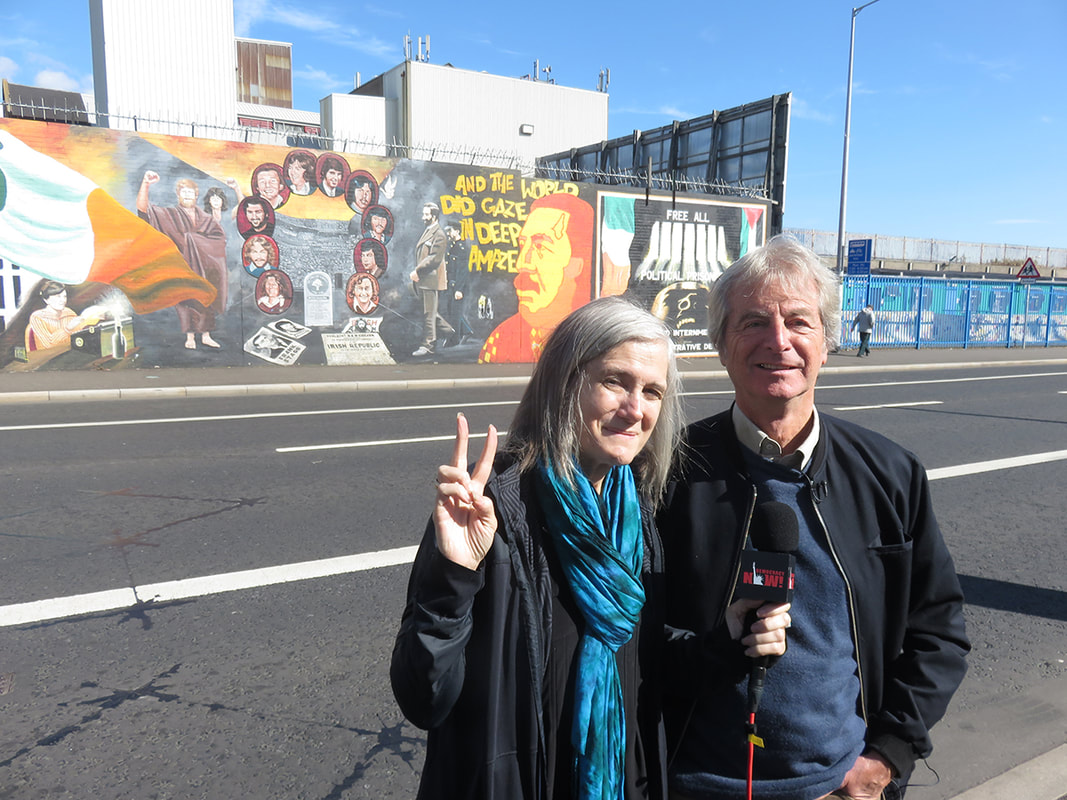 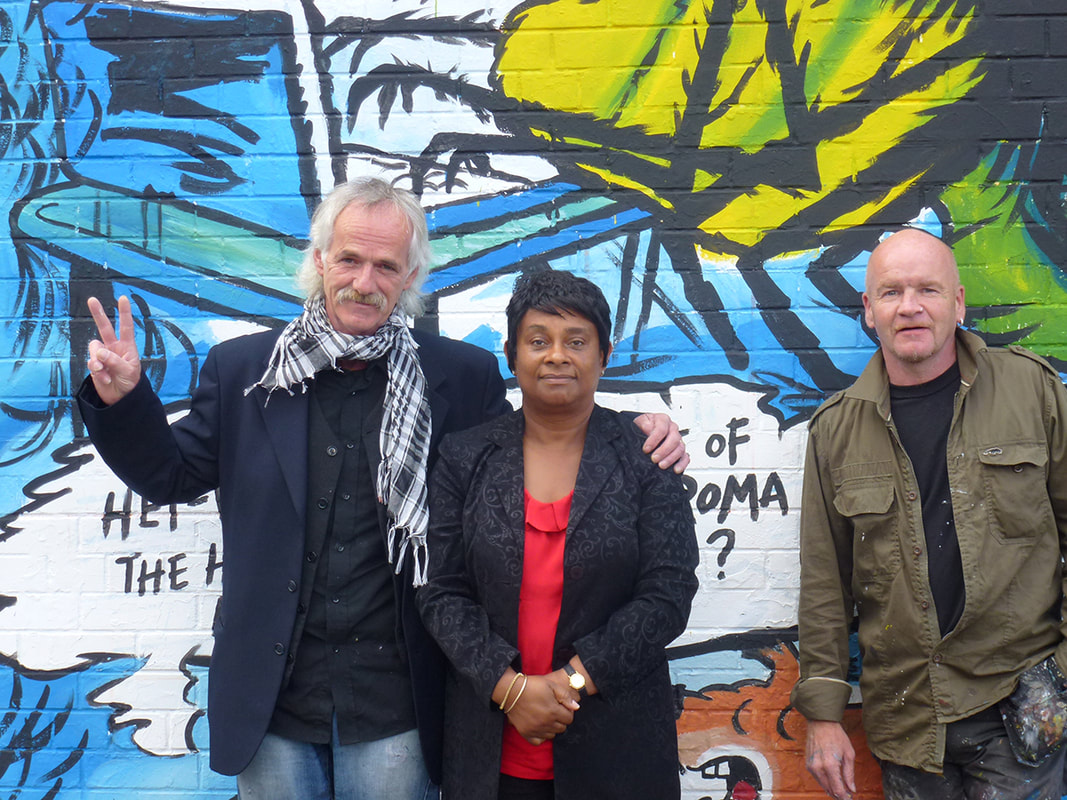 Doreen Lawrence, mother of Stephen who was murdered in London in 1993, with muralists Danny Devenny and Marty Lyons in front of anti-racism mural, Divis Street, 2012.

Loyalists have been painting political wall murals in the North of Ireland since 1908, and republicans since 1981. I have been photographing murals in Northern Ireland systematically since 1981 and now have around 2,000 images. Some of these have been reproduced in the four books I have published on the subject. These books are available for sale through the 'Shop' link above. 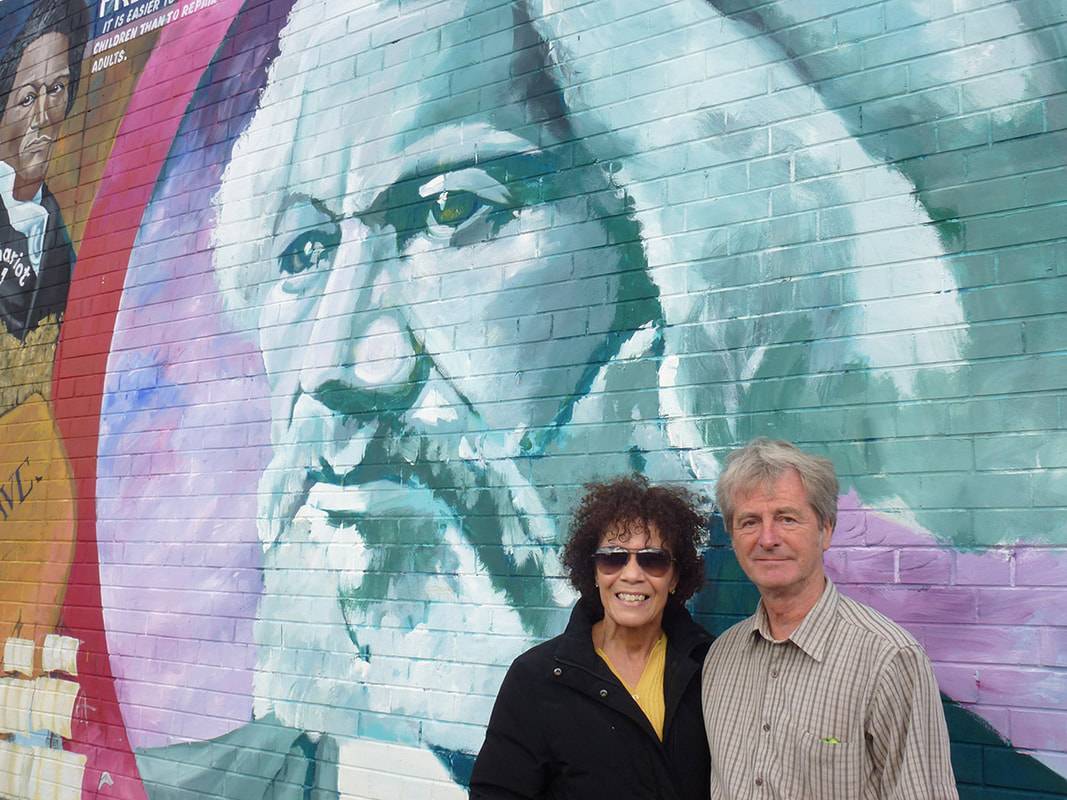 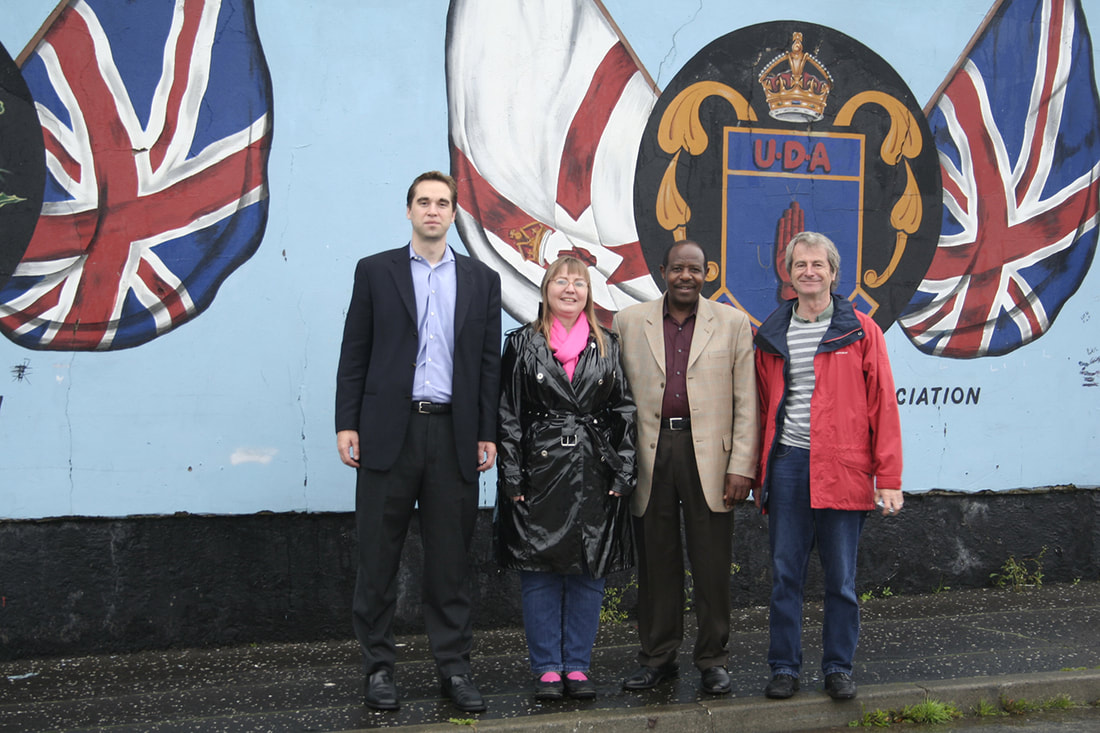 With Paul Rusesabagina who, while working as a hotel manager in Kigali, hid and protected 1,268 Hutu and Tutsi refugees from the Interahamwe militia during the Rwandan genocide, in front of UDA mural, Hopewell Crescent, 2009. 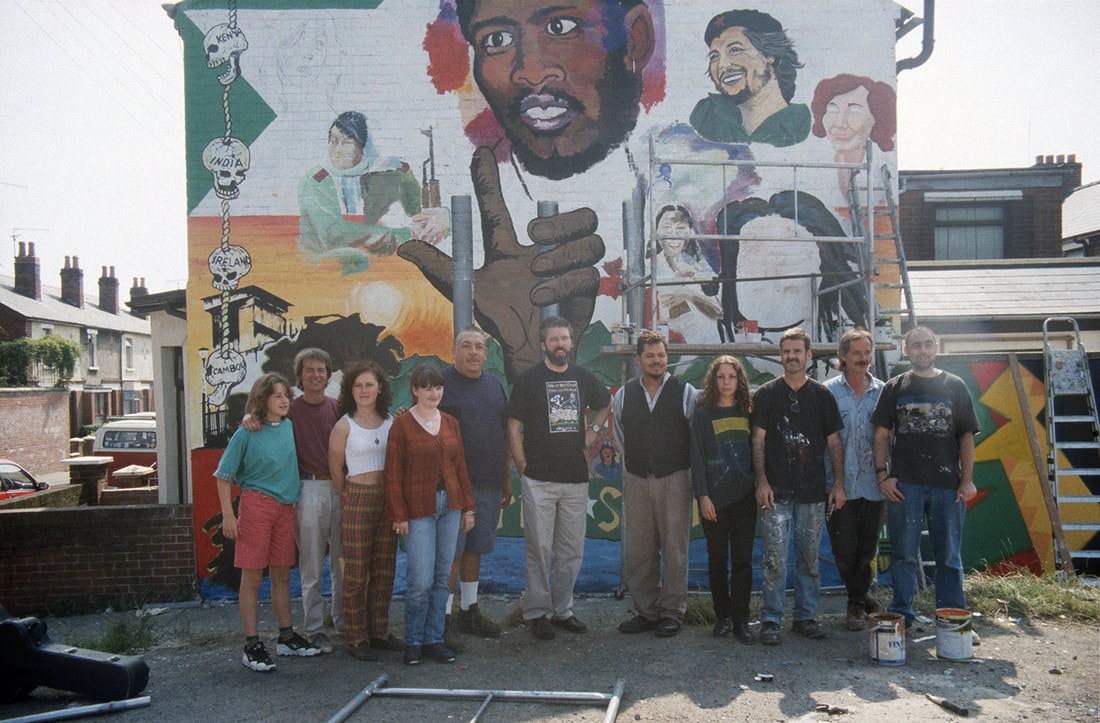 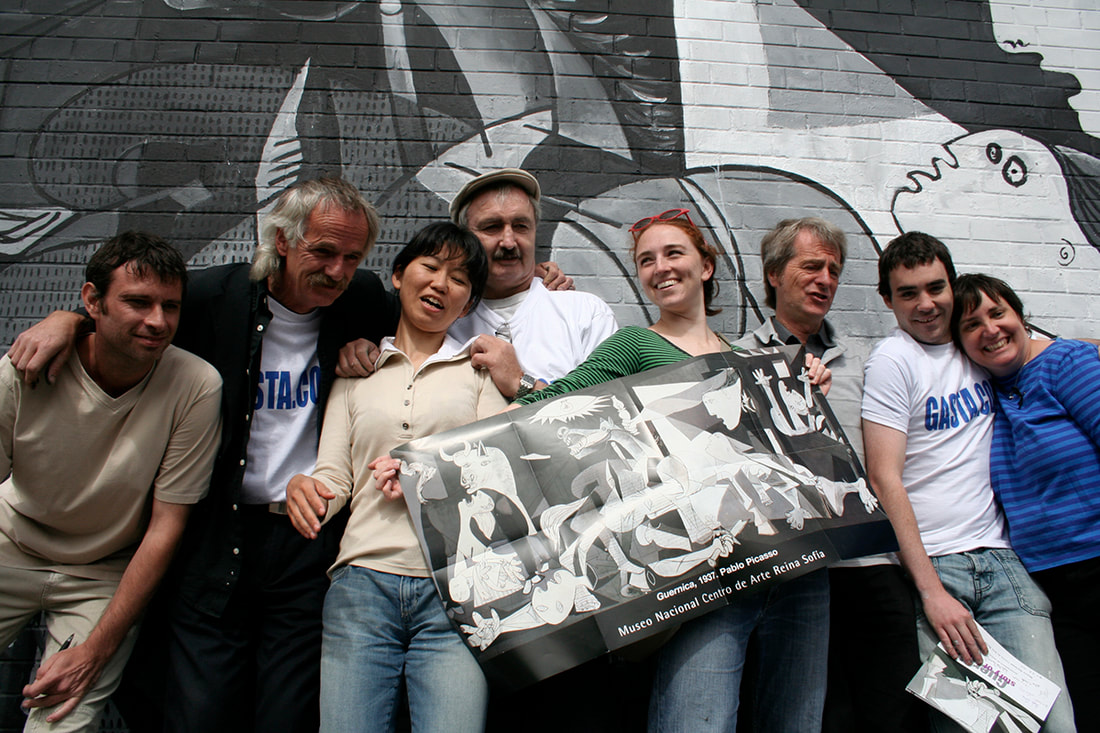 My interest in wall murals in the North of Ireland led me to look at murals elsewhere in recent years. I have travelled to a number of countries, researched political murals there and written about them.

On this site you will find a sample of photographs of these other examples of political mural painting along with references to the articles I have written. 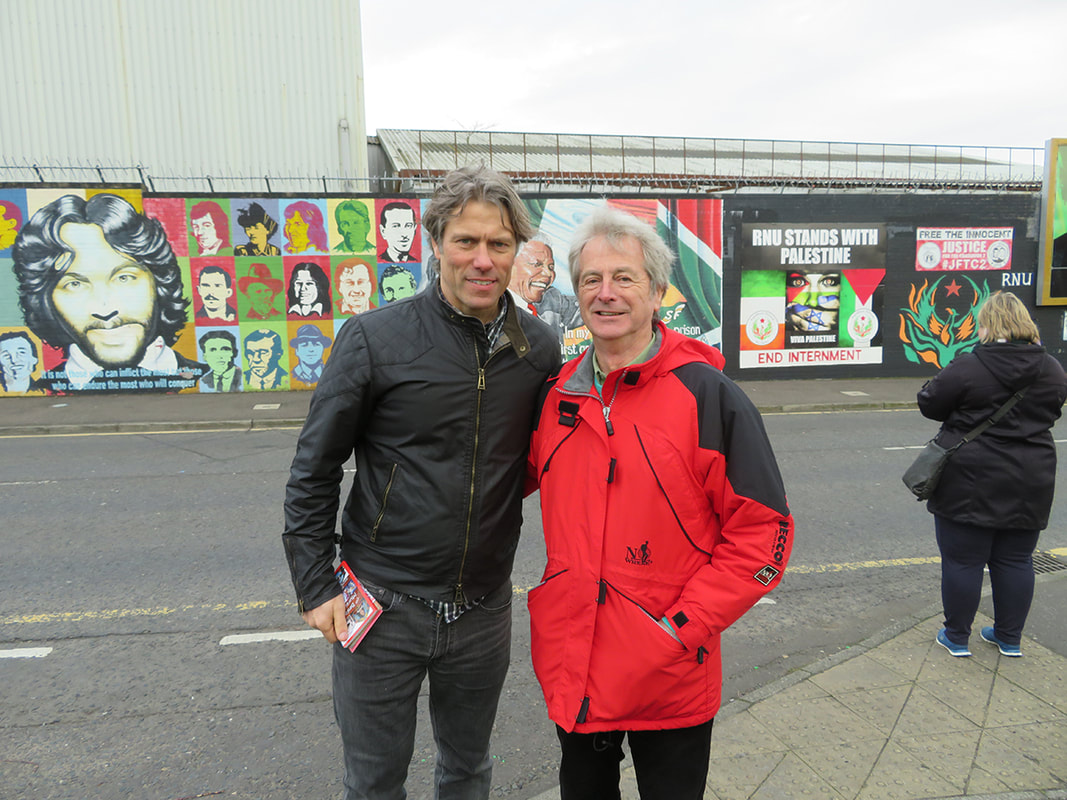 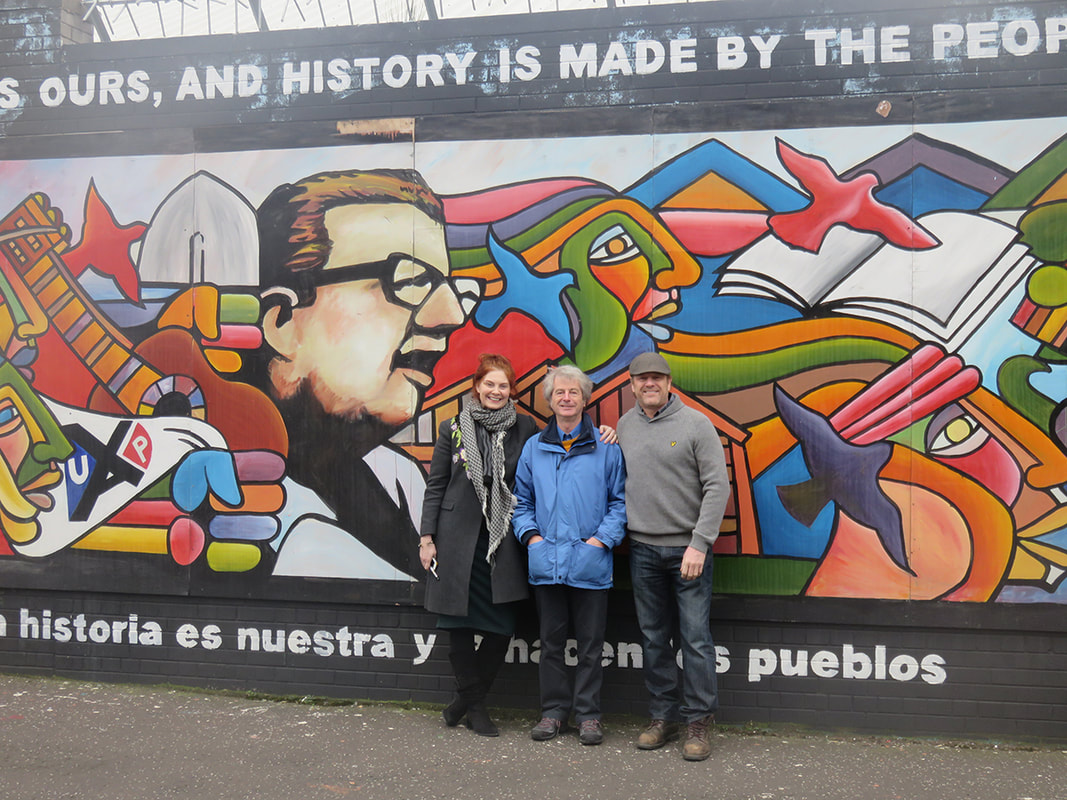 With Sean Bean and friend at Chilean mural, Northumberland Street, 2015. 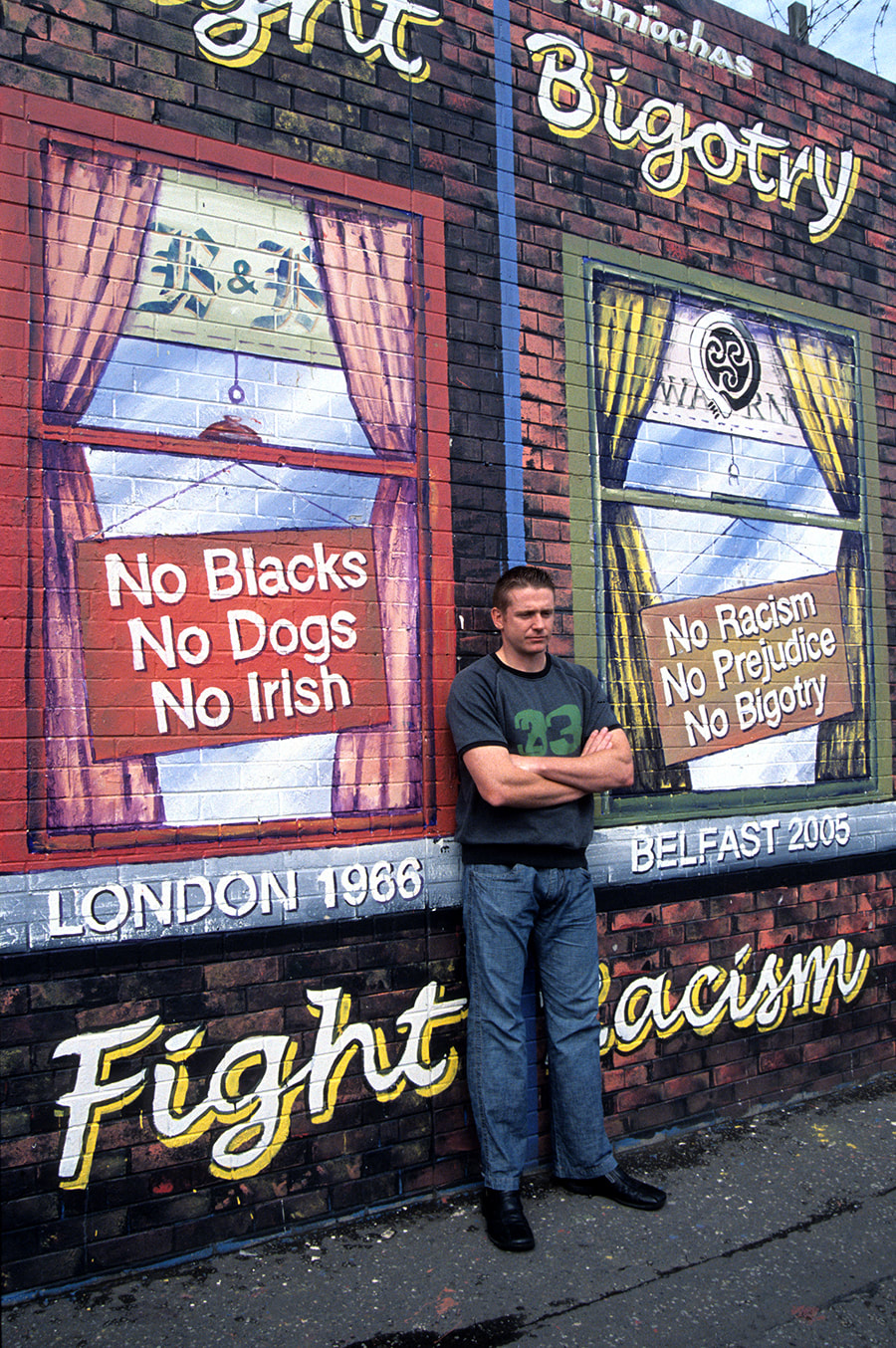 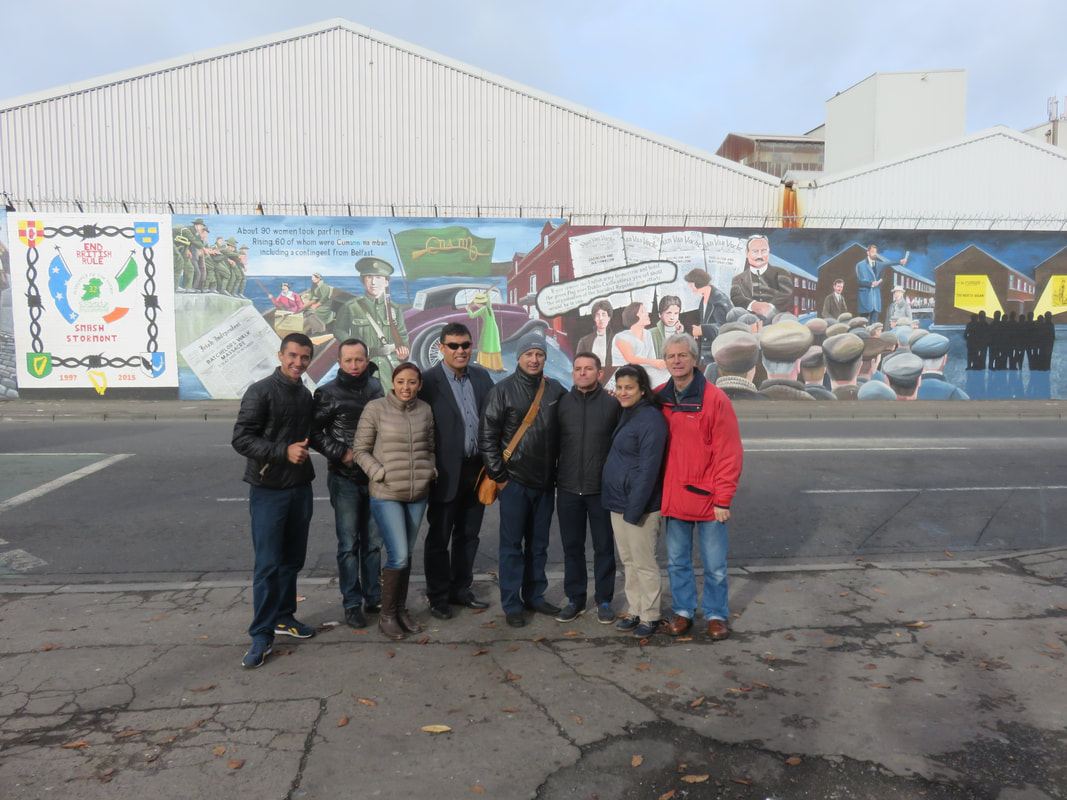 With support team for Colombian President Santos on his visit to Belfast, at International Wall, Divis Street, 2016. 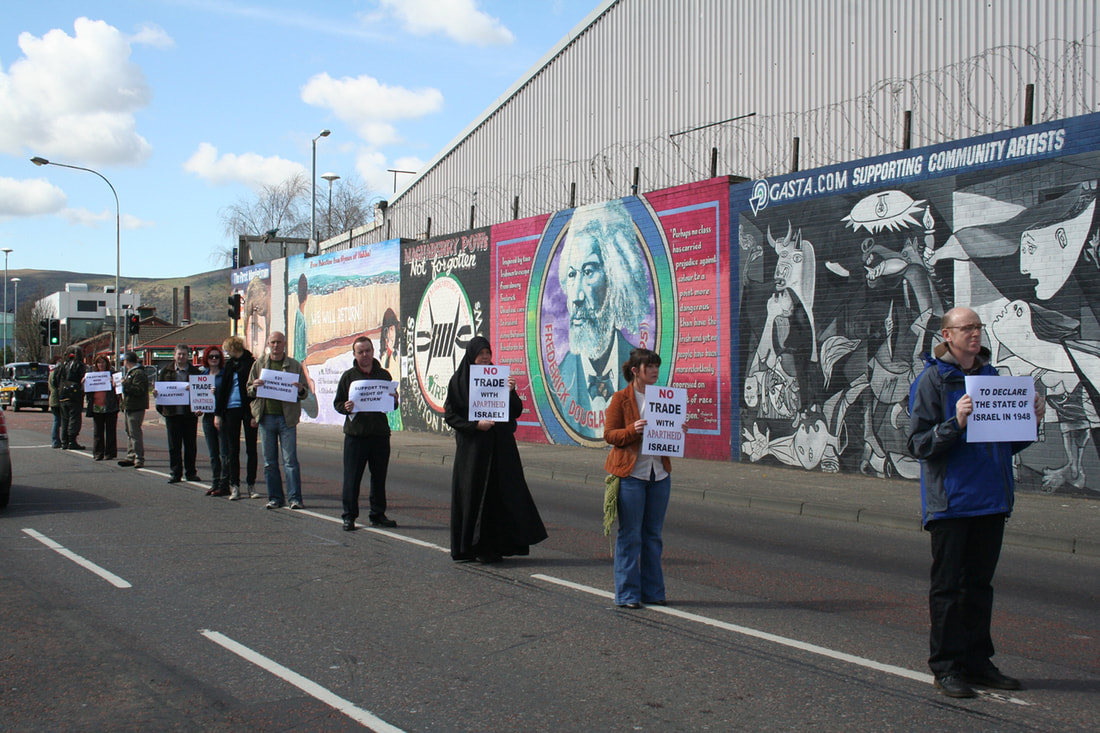