I was in the Basque Country in 2012 and 2013 and, on the basis of research I carried out there, published an article on the political murals of the Basque Country along with Amaia Alvarez Berastegi: 'Taking Murals Seriously: Basque Murals and Mobilisation', International Journal of Politics, Culture and Society 29(1) 2016: 33-56. The abstract is as follows:

The purpose of this article is to take the admonition of taking the visual seriously into the realms of murals. It will present empirical data on contemporary murals in the Basque Country with a view to examining why murals are important to the abertzale-left, the broad left-wing nationalist movement in the Basque Country which includes but ranges far beyond the armed group ETA. The struggle for Basque autonomy from Spain has its roots in a nationalist awakening in the late twentieth century. It has developed through the struggle with fascism; the prolonged authoritarian, centralist state; and the transition to democracy after the death of Franco. Central to this development has been the definition of Basque identity in terms of culture rather than birth. Language has been key, but there has also been a visual strand to the struggle. The article will examine the state of that visual strand currently by examining murals on a range of themes: language and culture, independence and socialism, armed struggle, political prisoners, torture and repression, martyrs and heroes, women and environmental issues. 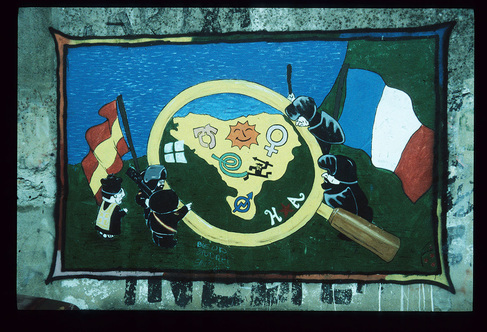 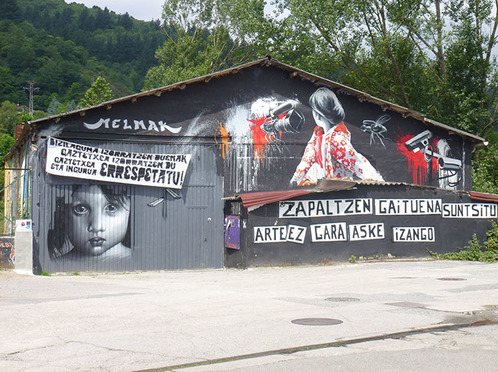 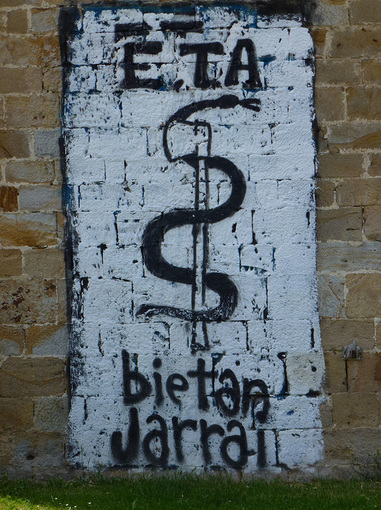 Arbizu. The symbol of ETA. 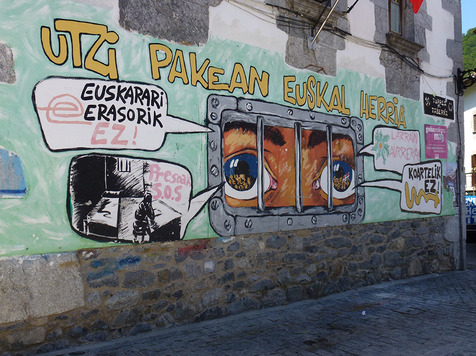 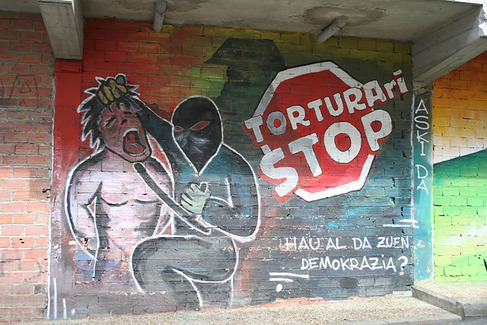 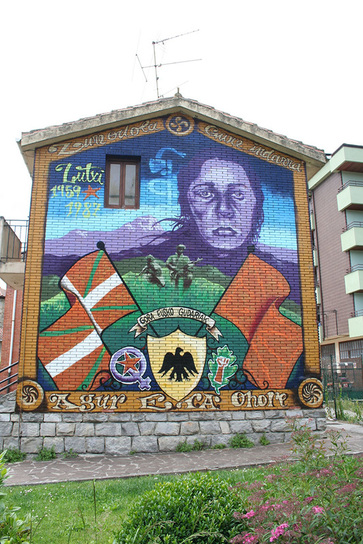 Otxandio. Memorial to local woman Lutxi Urigoitia, an ETA member killed by the Guardia Civil in 1987. 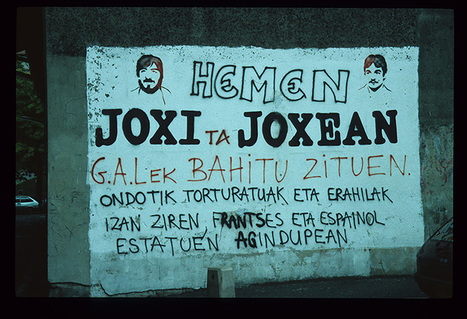 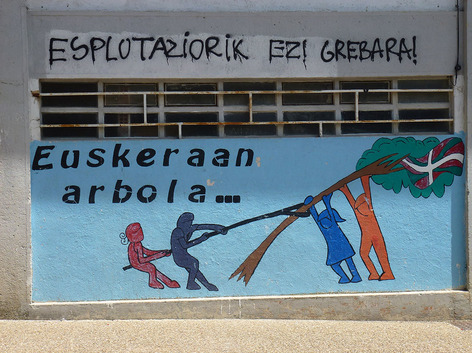 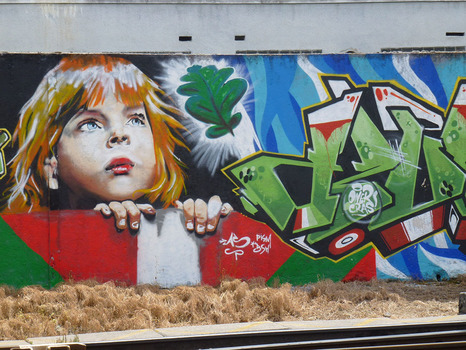 Guernica. A detail of a mural portraying a young Basque girl holding the Basque flag, the ikurriña. 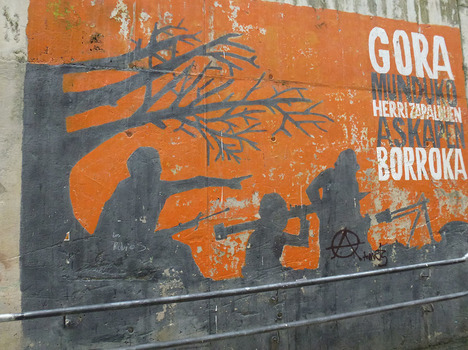 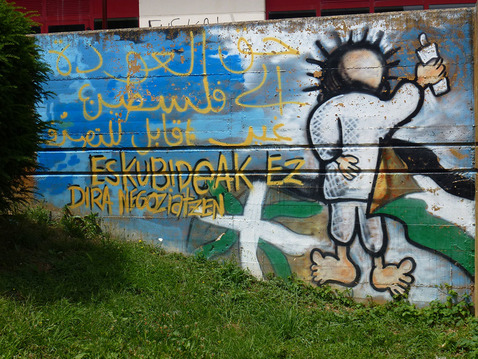 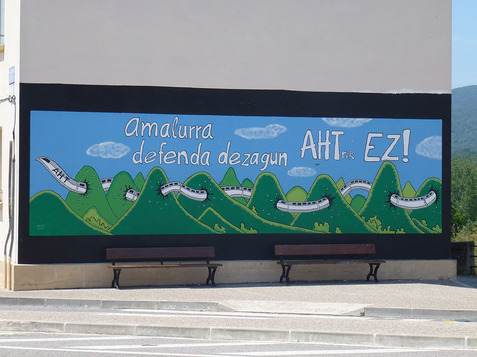