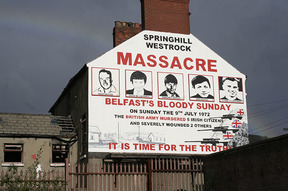 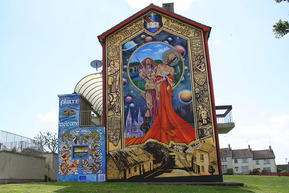 Mythological Queen Macha, after
whom the city of Armagh (Ard Macha,
Macha's high place) is named, along
with a Celtic warrior. 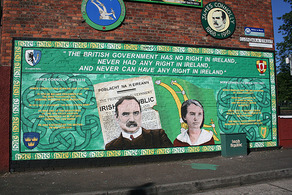 James Connolly, executed for his part in the Easter Rising, 1916, along with his daughter Nora. The mural is within metres of where the Connolly family lived at the time. 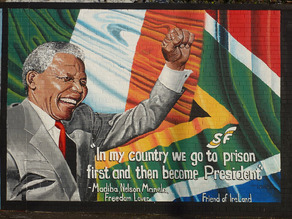 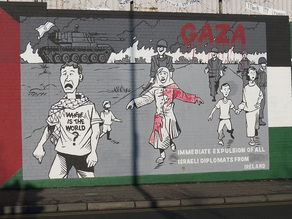 Support for Palestinians in Gaza at the receiving end of the Israeli Defence Force bombardment, 'Operation Protective Edge.' 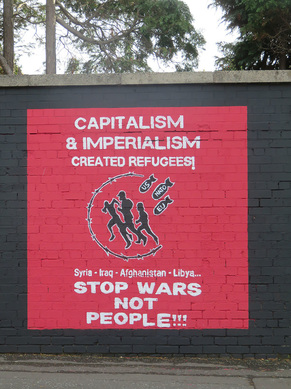 As the refugee crisis unfolded in the Middle East and southern and eastern Europe, this mural explained the root causes of that crisis. 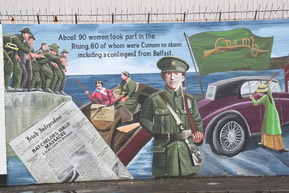 Celebration of involvement of Cumann na mBan members Nora and Ina Connolly and other women in the Easter Rising of 1916, part of a larger mural painted on the centenary of the Rising.