I was in Gaza in 2013 and, on the basis of research I carried out there, published an aritlce on the political murals: 'Messages of allegiance and defiance: the murals of Gaza', Race and Class 55(4) 2014: 40-64. The abstract is as follows:

Behind the iron grip which Israel maintains on the Gaza Strip, there
exists a vibrant tradition of painting murals and graffiti on outdoor walls. The origins and contemporary form of this tradition are considered in this article. The painting of murals and graffiti in the West Bank and the Gaza Strip has its roots in the first intifada which began in 1987. As part of the resistance to Israeli occupation and repression, young people, at great personal risk, mobilised popular support through their clandestine artwork. The second intifada, beginning in 2000, saw the rise of Hamas as a force to be reckoned with, not least in terms of the increasing sophistication of its murals and graffiti, which paid special attention to calligraphy. Finally, with the departure of Israeli soldiers and settlers in 2005 and the takeover of Hamas in the Gaza Strip in 2007 this organisation came to dominate the walls. Murals in Gaza today cover a number of themes: Israeli oppression, Palestinian resistance, martyrs, prisoners and Palestinian aspirations – in particular, freedom and statehood, and the right to return. 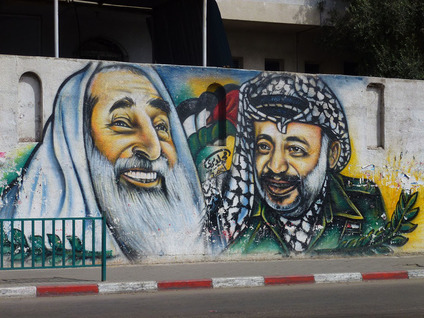 On the wall of Alazher University, Gaza City. Sheikh Ahmed Yassin, the founder of Hamas, alongside Yasser Arafat of Fatah. 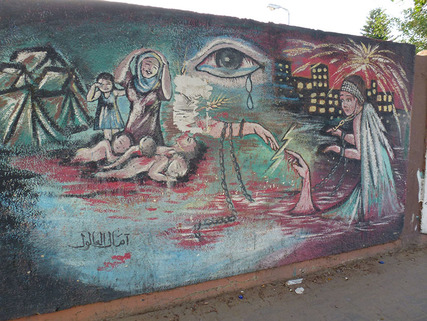 Al Naser Street, Gaza City. People in chains and the bodies of children in a pool of blood. In the sky a phosphorus bomb explodes and a huge eye weeps tears. 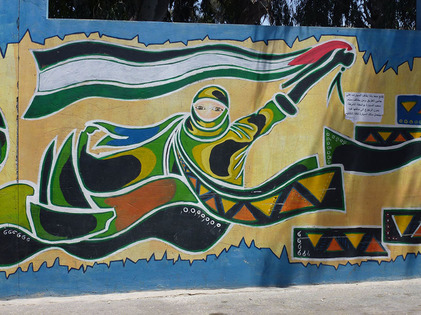 Khan Younis, Gaza Strip. In the sinuous design of the larger mural of which this is a detail, the word 'Palestine' is spelt out in ornate calligraphic fashion. 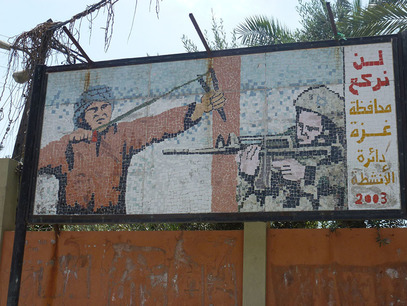 Al Naser Street, Gaza City. Text reads (in part): ‘We will not kneel down.’ 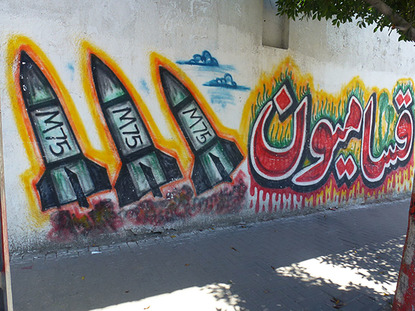 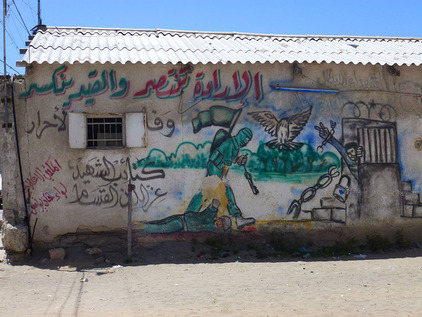 Khan Younis, Gaza Strip. Text reads: ‘The will will triumph and the chains will be broken. The promise of the free. Al Qassan Brigades.’ 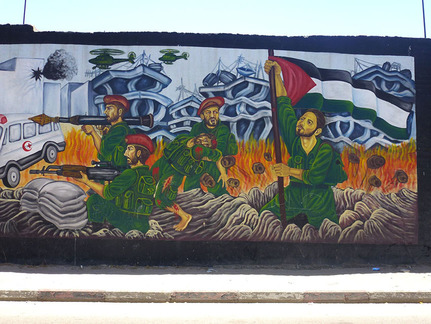 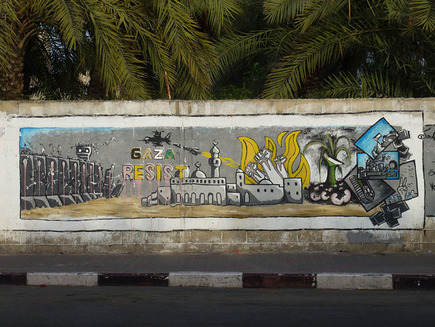 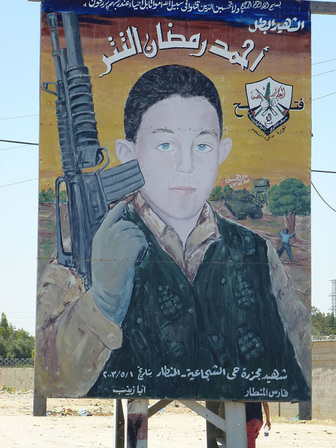 A Fatah martyr, Al-shajayeh, Gaza Strip. Text reads: ‘Think not of those who are dead in Allah’s way as dead. Nay, they live in the presence of their Lord’ (a Koranic verse). ‘Hero martyr. The martyr of Al-shajayeh neighbourhood, 1 May 2003.’ 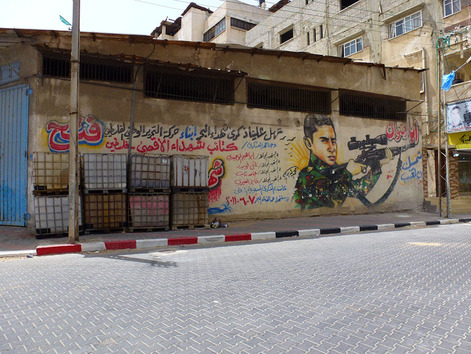 Omar Al Mokhtar Street, Gaza City. Along with the names of four martyrs, the text reads (in part): ‘This is the anniversary of the sea martyrs. The sons of the Palestinian National Liberation Movement, Fatah, Al Aqsa Martyrs Brigade. Long live the first anniversary of the martyrdom of the sea giants, 7 June 2011.’ 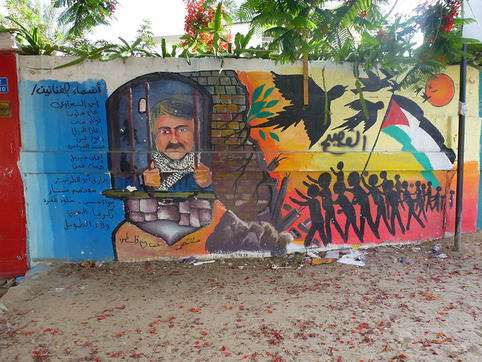 Rimal Street. A prisoner behind bars. The text reads (in part): ‘We will triumph.’ 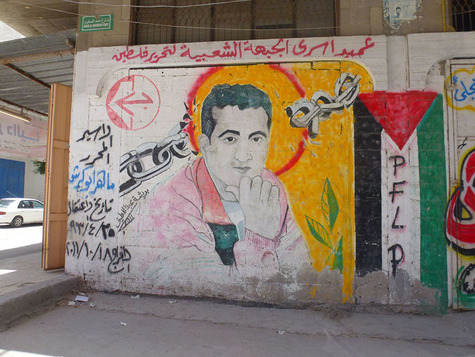 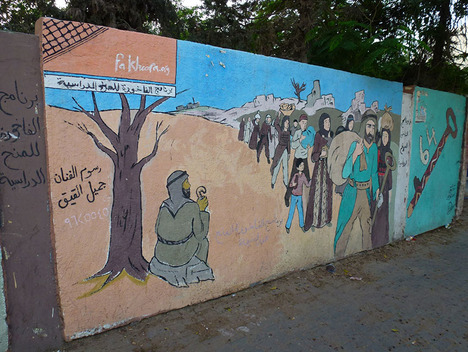 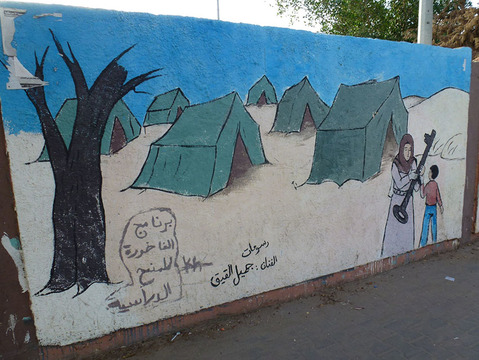 Rimal Street, Gaza City. The right to return. The accompanying text is not directly relevant.