I was in Sardinia in 2011 and, on the basis of research I carried out there, published an article on the murals of Orgosolo: 'Resistance and Pride: The Murals of Orgosolo, Sardinia', State Crime Journal 3(1) 2014: 73-101. The abstract is as follows:

The small town of Orgosolo in the mountains of Sardinia is known for its murals: hundreds of them in a town of only 5,000 inhabitants. Although murals exist throughout Sardinia, those of Orgosolo are noteworthy because of their political content. This article describes the origins of the mural tradition in the events of the late 1960s and early 1970s in the
town. The combination of a left-wing council and youth group, as well as the powerful influence of an art teacher, led to the start of a process that continues to this day. The murals are classified into four interrelated themes: war, resistance, ethnic pride and resonance. But most importantly, the relevance of the mural tradition is placed in the context of the rejection by local people of northern Italian stereotypes which display them as backward shepherds and bandits, wedded inexorably to tradition and the rejection of progress. 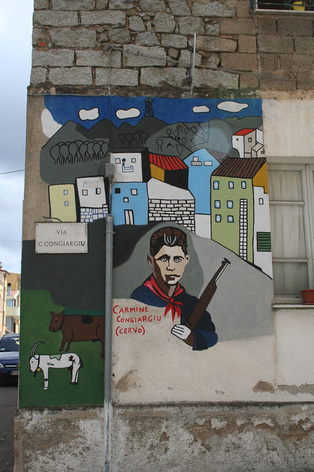 A mural memorializing Carmine Congiargiu, a Resistance fighter who died on an attack on a fascist government airport in February 1944. 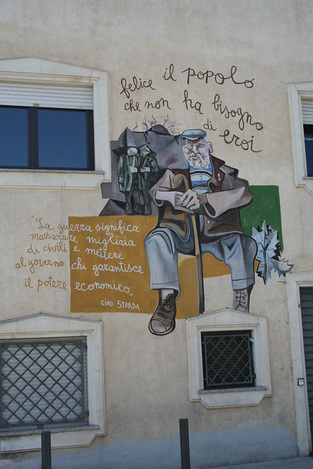 The accompanying slogan, quoting Bertold Brecht, states simply and poignantly: 'Happy the people who do not need heroes'. 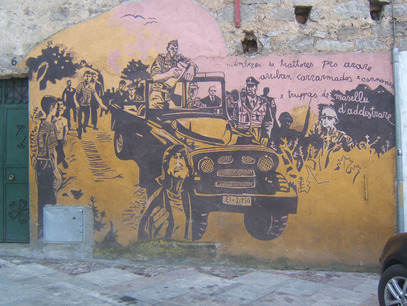 A protest against a proposed NATO base in the 1960s. The slogan reads: 'Instead of tractors to plough they sent tanks and guns, and cannon fodder to train'. 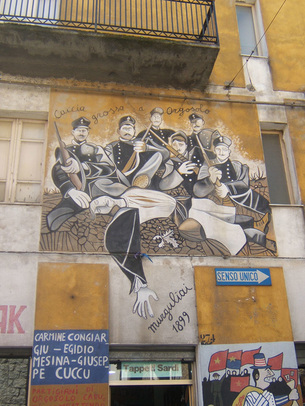 'The Battle of Morgogliai', 11 July 1899, when police and soldiers surrounded five bandits near Orgosolo and killed two of them. 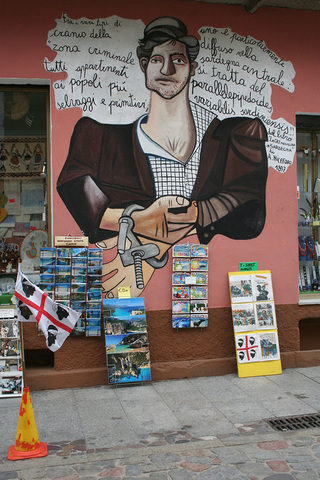 A mural mocks the view of 19th century criminologist Alfredo Niceforo: 'Among the various types of criminal skull in the area all belonging to the most savage and primitive peoples, one is particularly common in central Sardinia: this is the  parallelepipedoides variabilis sardiniensis'. 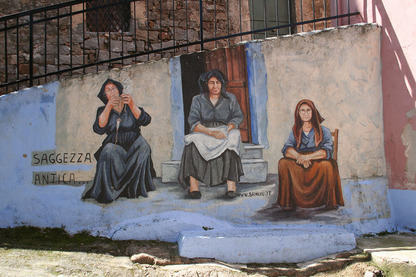 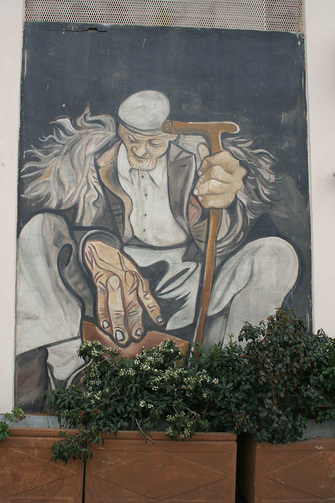 An old shepherd, seated, wearing a fleece and grasping his walking stick. 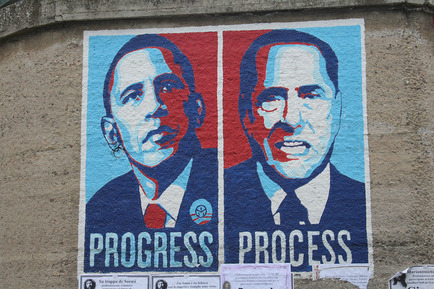 The mural depicts Barack Obama and Silvio Berlusconi, modelled on Shephard Fairey’s iconic poster of Obama during the 2008 US election. Under Obama is the single word 'Progress', while under Berlusconi is the word 'Process', as in a judicial process of prosecution. 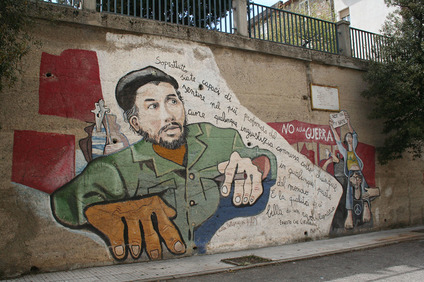 The words of Che Guevara's last letter to his sons is quoted: 'Above all, always be capable of feeling deeply in your heart any injustice, committed against anyone, anywhere in the world. This is the most
beautiful quality of a revolutionary.' 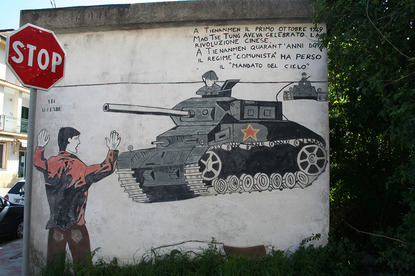 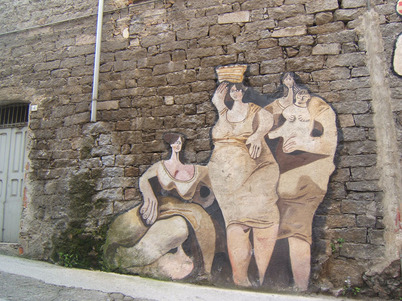 A portrayal of local women.